a happy ending on a corporate sellout story: paws for trello

​as an early adopter, i’ve just gotten used to things that i love being dismantled. useful new fringe tools either get bought and slowly shelved (see sunrise), rolled into much less useful packages of tools (see bloatware that experiences feature creep), or watered-down so as not to really compete with the parent company’s top-of-the-line service/product offerings (see simple).

back in september (i found out about this on sept 21, but i guess the announcement happened on the 13th), a tool that i love has (thus far) given me a new experience of this pathway. trello, a beloved productivity tool, has (for some reason that has baffled many) never developed a native desktop app. paws for trello solved that problem. a native apple desktop app, it was basically just a skin for trello in the browser but it was desktop, allowed mobile notifications, could be viewed offline, and had access to keyboard shortcuts.

when i found paws for trello my trello used like quadrupled. so excellent.

well, at some point during september, the paws team announced that they were being acquired by trello, the company. paws was henceforth to become the official desktop app for trello. and they were even going to allow folks who had purchased paws (which was 3$ i think) to get the new “official trello desktop app” for free.

usually when this happens, the official version of the tool comes laced with ads or stupid features. but i kept both just to compare and, by my assessment, they were identical.

what a pleasant twist on the standard startup buyout story. of course, i’ll be keeping an eye to see if anything else develops. for now, though, this seems like quite the happy ending. i hope it stays that way!

screenshot included of the announcement for record-keeping purposes: 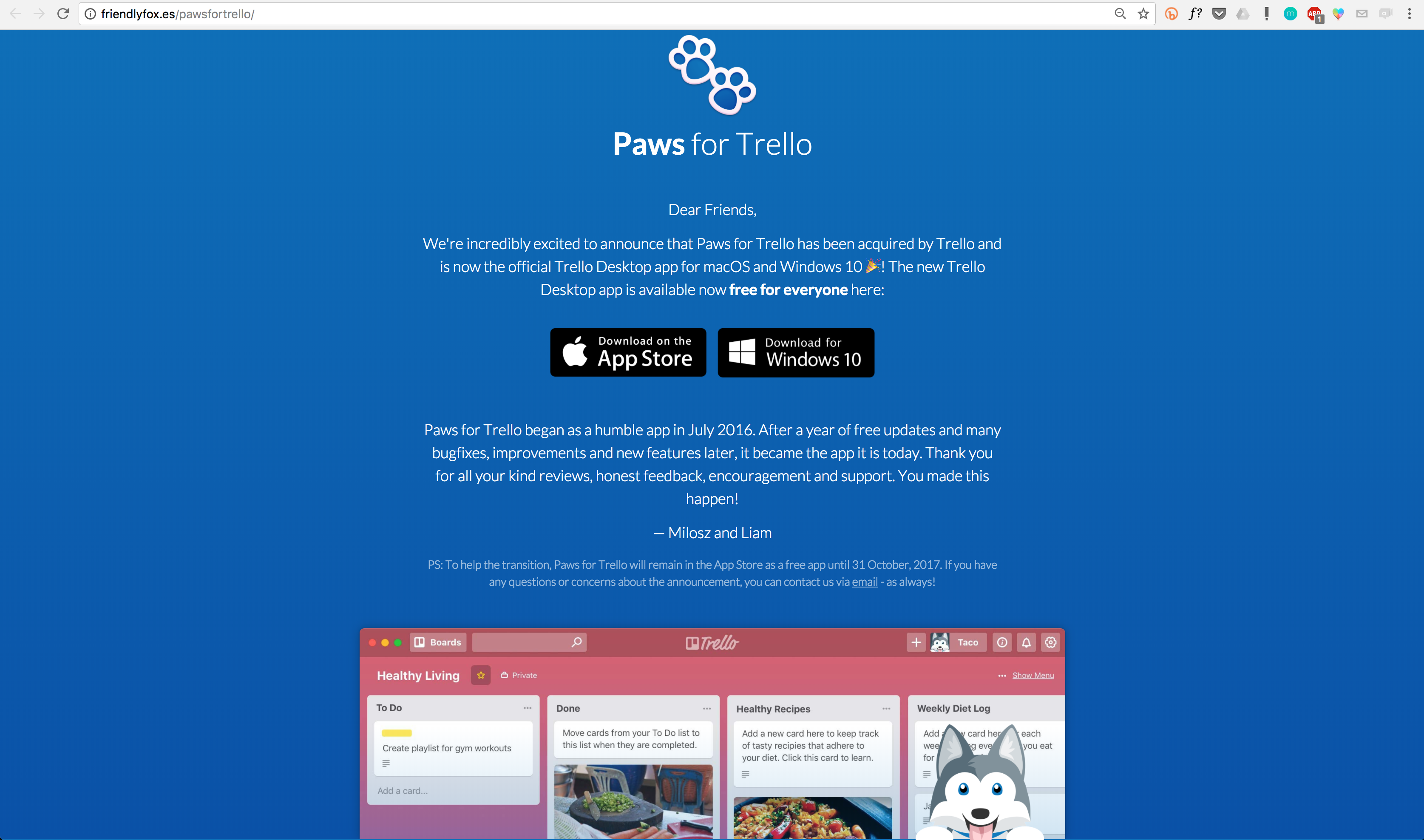