book review: barracoon: the story of the last "black cargo"

Barracoon: The Story of the Last “Black Cargo” 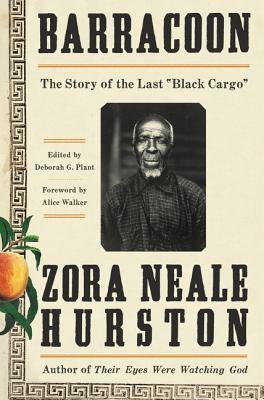 i have no idea how to think about the main ideas for this book. there was so much in so many directions that i wasn’t expecting… hm!

i think one of the main ideas hurston captures in the book is that cudjo, the main character, is… just another human being. he had hopes and dreams and a history and (broken) family and chores to do for his home, etc. yes, he has literal slavery in his lifetime but even within the confines of that, he has a story just like everyone. his fights for fair treatment and resources he was promised (but then denied) and to keep his family together and care for his children, were just his life. the narrative, as i felt it from hurston, wasn’t one meant to be extravagant or anything; it just was. and while the long-view of history makes things look different, without the white slaveholders much in the frame, cudjo’s life is just another human life. and that was deeply shocking and powerful to me.

take time to get to know the stories that are happening around me. i may never know what people may look at hundreds of years from now and think was extravagant that i thought was just life.

a surprisingly tactile account of one of the last living freed slaves from the trans-atlantic slave trade. the story is a narrativized set of interviews done over some months by zora neale hurston and she does a magical job of creating a picture of cudjo and his life. the elements she points out from his life have clear links to the oppressive systems and practices of today’s american society; it’s fascinating to see those systems in their toddlership (knowing that their birth and infancy were in the first years of colonization).