from productivity to personal systems: an evolution of my coaching practice

the original framing i had for my coaching was productivity. 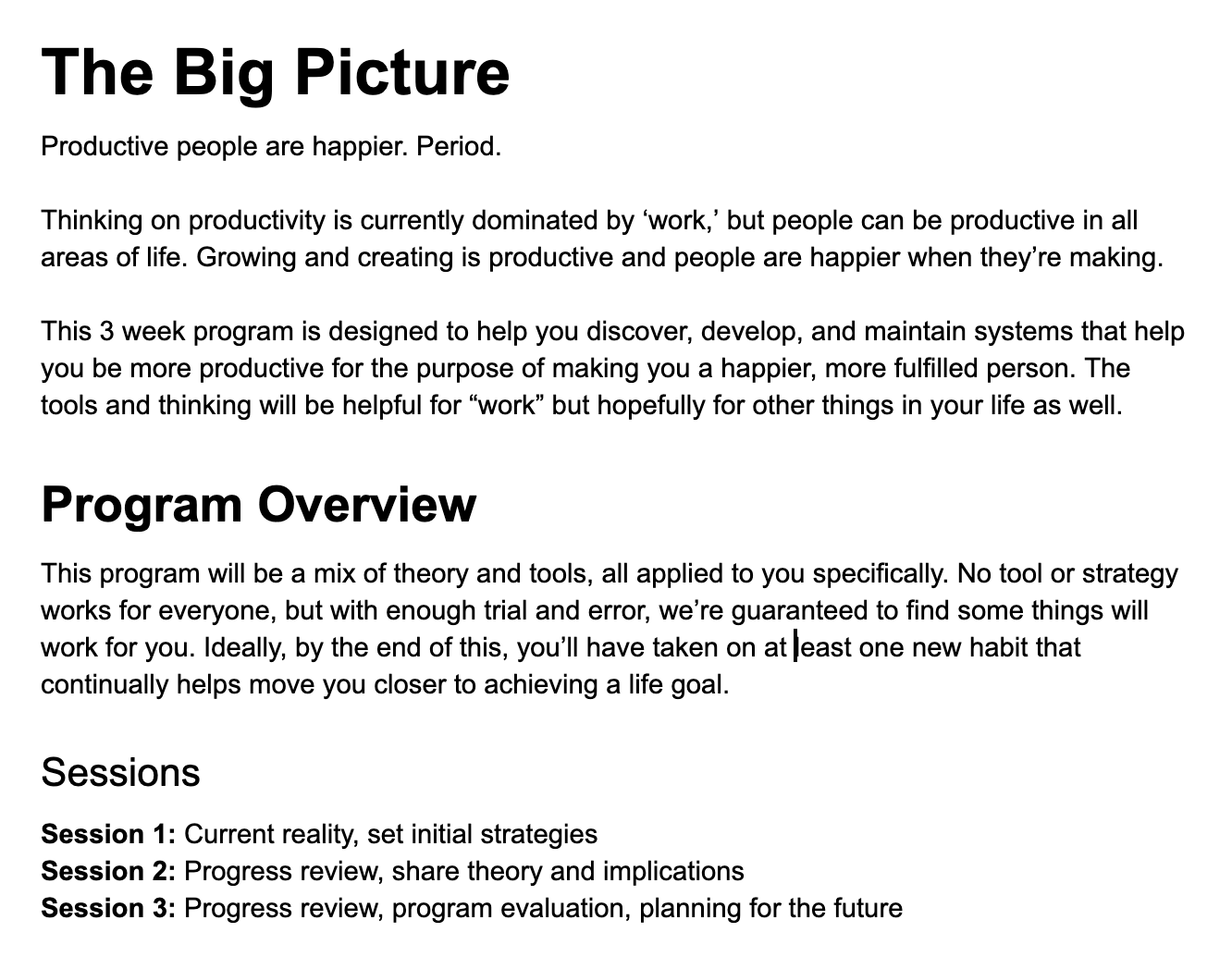 in no particular order, here’s a partial list of what has changed:

the framing that has been much more resonant these past few months is my personal systems framing. that framing actually has always been a part of my productivity thinking but before it was just an element. now it has become the organizing frame. it combines systems-thinking with an understanding that (a) the personal is political and (b) our individual “self” is co-constructed with the beings and environments in which we exist. it also is allowing for much more integration of complexity theory.

it’s wild that four years has flown by so quickly! i am grateful to be watching my coaching evolve and am so curious about what’s coming next…

i have so much gratitude for: ross chanowski for launching me on an experiment to offer coaching as a service, zach p for asking me about my coaching services which caused me to create my first coaching services page, and to the first four people i officially coached: erin g-h, nene i, ian j, and katherine e-r. <3