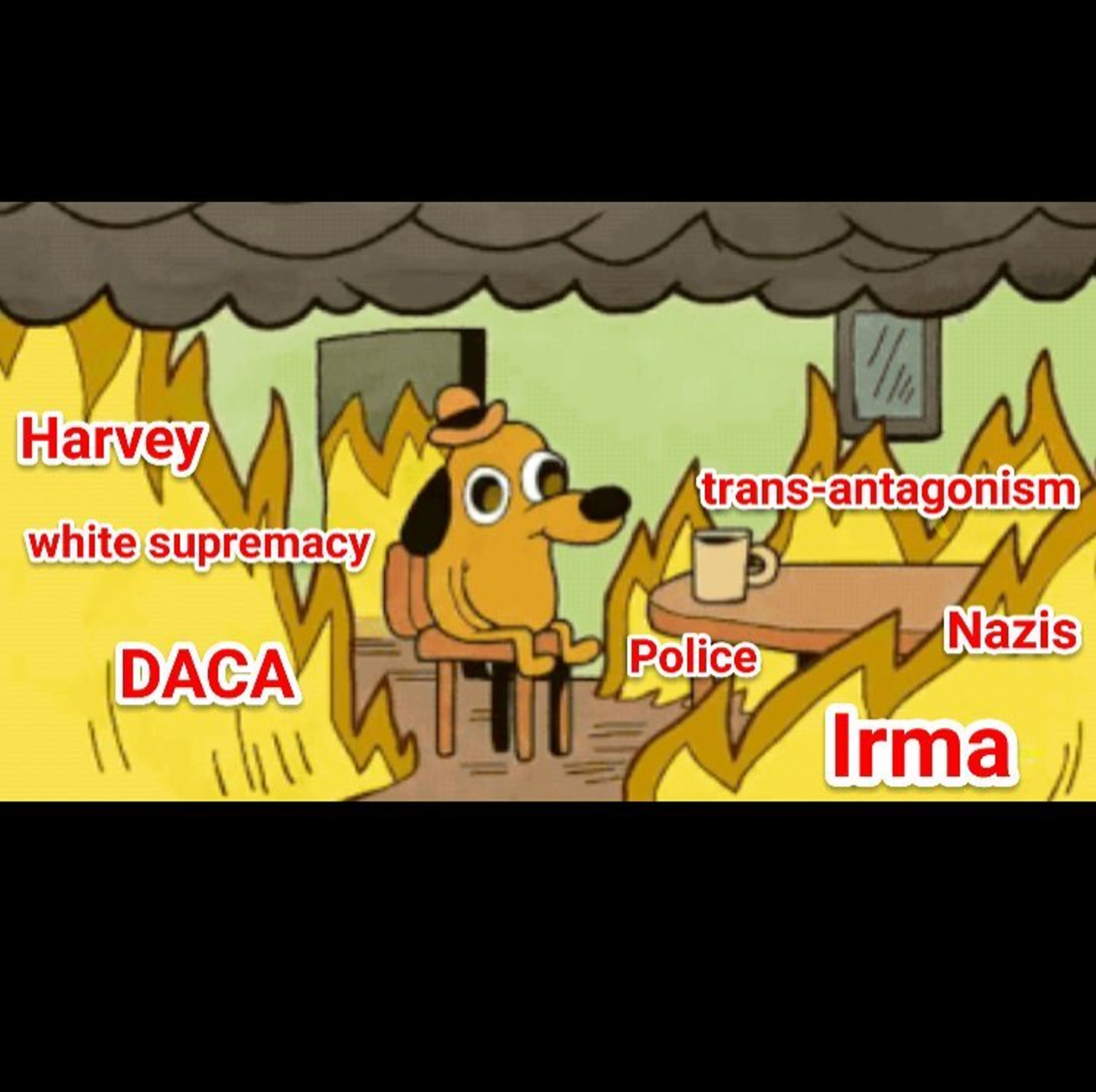 i had a headache for most of today. it’s partially because i didn’t eat a good lunch. i was potentially also dehydrated because i try to book window seats when i fly (so i can take hyperlapse videos) and i don’t like making my rowmates get up all the time so i can pee so i drink less water that i probably should.

i also think i had a headache because today 45 and his right hand man, jeff sessions, rescinded daca.

like always when things like this happen, i struggle to find words. and actions. what are the right actions right now? is that even a question that makes sense?

i know i should call my congresspeople… but also congress is fucked and rooted in white supremacy so like… why should i trust that institution to do what’s right for folks it was never initially concerned with? putting all the well-meaning folks possible into a broken structure won’t unbreak the structure. the structure itself perpetuates injustice; doesn’t matter who’s driving it.

i did do two things today that felt great: first, i listened to an episode of this american life about afrofuturism: #623 - we are in the future. there is an unbelievably dope song in there (that i think was made for that specific episode?) called ‘the deep’ by clipping and i literally can’t stop listening to it. the end is a jarring, but it’s so good. also the whole episode is great. but the song just really makes me think about the impending hurricane irma, the impact of hurricane harvey, and all other things climate change. like… given that it’s probably too late, what now?

second, on a related note, i started the process of saving my tomato seeds from my garden. this, like most things poc, especially black folks, do in america, is an act of futurism. by saving these seeds, i am spending time today that i hope will pay off next growing season. that means, i am putting my energy towards there being a next growing season. is that foolish? maybe. but, as eve tuck referenced in her brilliant letter, suspending damage: a letter to communities (which i just read today),

“all people remember and forget, are beset by contradiction, and recognize and misrecognize themselves and others” (Gordon, 1997, p. 4).