the invitation to brave space

also back in january, adrienne recalled micky scottbey jones’ invitation to brave space. i had heard of the idea of brave space, as opposed to safe space, before but i don’t think i’d ever seen this source material and invitation. it’s quite lovely, i think. 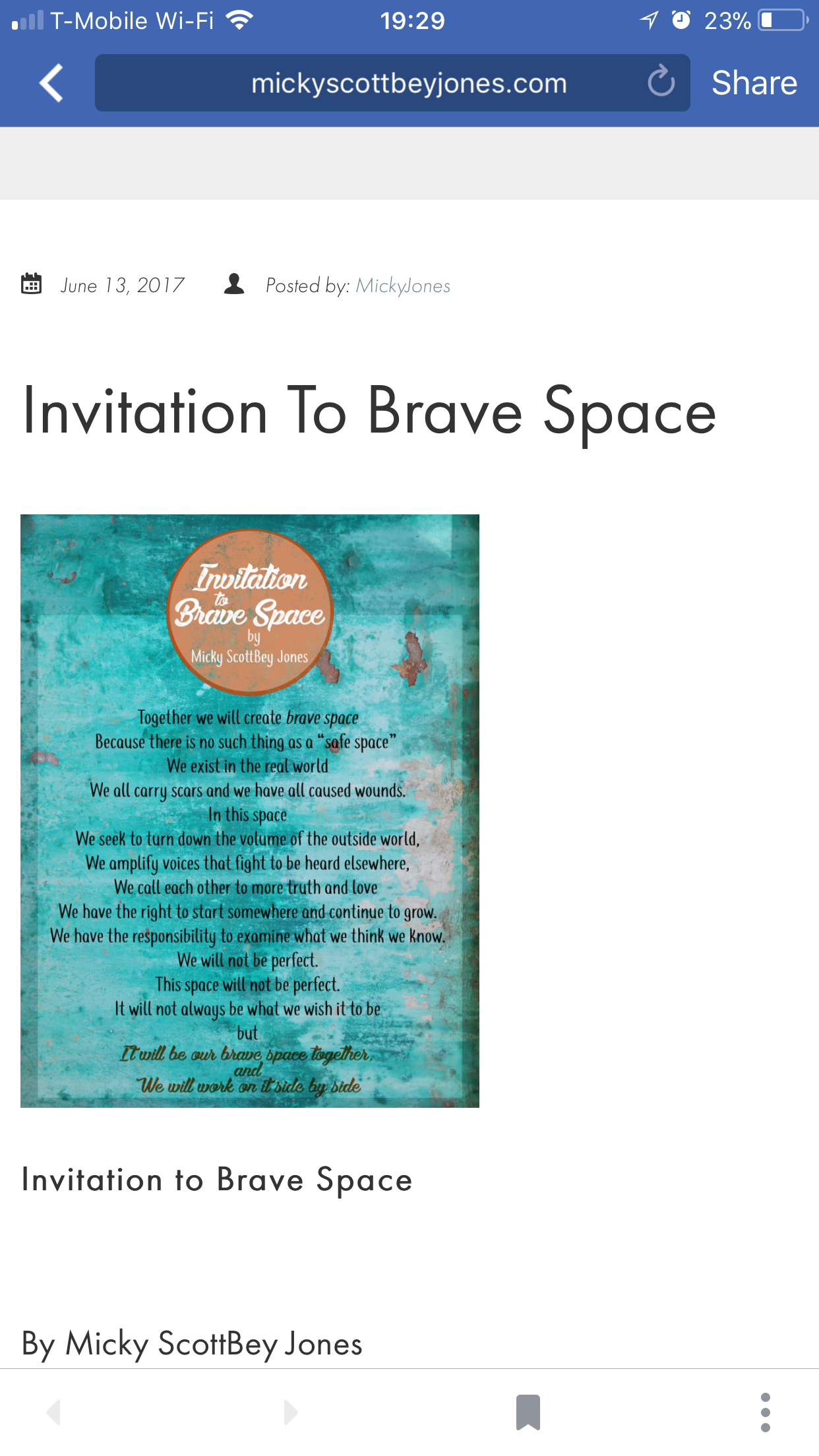 if i’m honest, i think the backlash against safe space has mostly been driven by a small group of far-right reactionaries. and i think their impetus is just to undermine things that in any, way, shape, or form appear to curb or curtain their “freedom.” in my mind, the reason that approach is wrong is because the idea of freedom as “ability to do what i want when i want” is, at best, an incomplete understanding of freedom. at worst, it is dangerous and oppresive. i think it simplifies the idea and misses out completely on the idea of liberty and relationship. i think (informed by something i read) that freedom is ability to know and do what is best for yourself and others. that is achieved by being in right relationship (with yourself, other beings, and the planet). but i digress…

i do think the idea of safe space is somewhat limited. and i believe that for the same reason that i modified a line in the metta meditation from “may _ be safe” to “may _ be secure in community.” this invitation to brave space really leans into that.

things i love about this:

so glad i stumbled across this. thanks, adrienne!