last week, during another week of book editing, i looked up something i’ve been meaning to look up for a long time: the 8 forms of capital by ethan roland (who is also a part of appleseed permaculture which is pretty white but has many solid ideas). i’d read a piece on it and thought it was excellent, but wanted to hear him talk about it. i listened to him get interviewed on a podcast called peak prosperity. the show, which seems to almost have a non-capitalist, de-colonial analysis, but doesn’t quite make it, is still pretty white, but roland’s thoughts are (mostly) great. definitely worth a listen.

on of the craziest things i’d never thought about was the insuffiency of sustainability. roland broke it down very simply. imagine degenerative/extractive systems on one end of a spectrum and regenerative ones on the other. what, then, is in the middle? 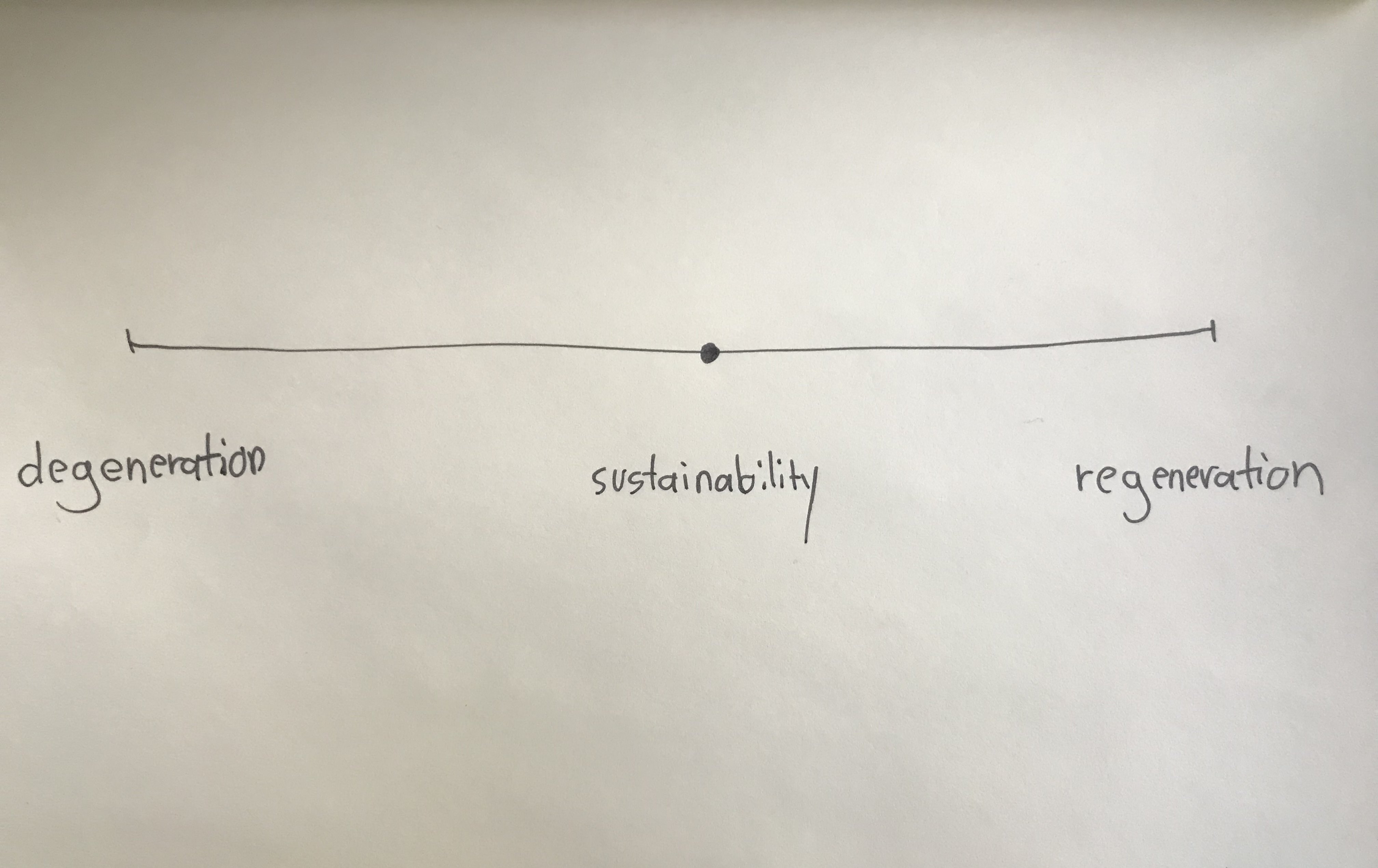 illustration of a straight line representing a spectrum. on the far left is the word generation, in the middle is the word sustainability, on the right is regeneration.

and that doesn’t mean sustainability is bad. by all means, it’s way better than degeneration. but it’s not the best we can do. and, given the reality how many (not all) humans have engaged with our habitat in degenerative ways, sustainability definitely isn’t enough to even keep our lives stable. in fact, sustainability might get us killed.

many people know this, but i’d just never heard it put so eloquently.