book review: the next american revolution by grace lee boggs 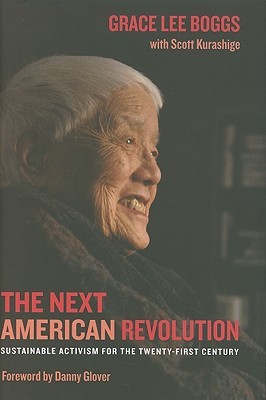 The Next American Revolution: Sustainable Activism for the Twenty-First Century by Grace Lee Boggs

the next american revolution will require us to remake ourselves in order to remake the society. any revolutionary who is serious about society change will also be serious about their personal change and understand the link between the two. i should bring the same rigor i apply externally to my internal change processes.

incredible. in this brilliant manifesto or sorts, grace lee boggs, a movement strategist, theorist, organizer, and teacher, brings together major threads as she frames, given her lived experience, what the front edge of american revolution looks like. from deep understanding of inner work to clarity about the breadth of many generations of revolutionary organizing, boggs powerfully pulls together critical pieces of what has stopped working with visions for what could. her life and legacy of work in detroit demonstrate that her thinking is praxis, not just intellectual pontification. this feels like a once in a half-century kinda book.