book review: on death and dying by elisabeth kübler-ross 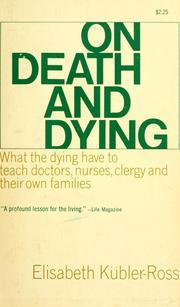 On Death And Dying by Elisabeth Kübler-Ross

let the anger that arises in relationship to dying and death have its space. because when suppressed, it causes all sort of negative short- and long-term issues.

a must-read for anyone doing spiritual work. it’s about 30% transcribed interviews with terminally-ill hospital patients and 70% exposition about the way death is handled in hospital settings. the book focuses both on actually dying patients and the professionals and family around them. somewhat surprisingly, the better people who aren’t dying can tend to their own fears, anxieties, and relationships with death, the better people who are actually dying can die.